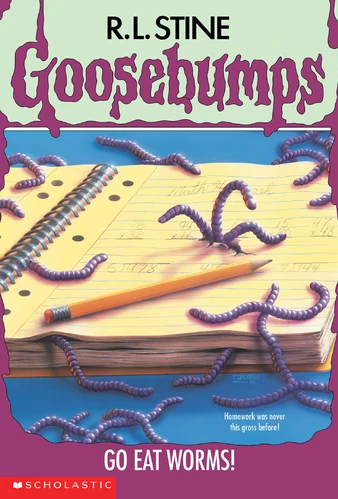 The Goosebumps book with lots of worms.

Todd Barstow is obsessed with worms. He studies them, he keeps them as pets, he uses them to prank people. But one day, after cutting a worm in half to demonstrate its durability and ability to survive and regenerate as two new worms, he notices the other worms all looking at them. From then on, worms start turning up in strange places, like his food, his bed and his homework. And he starts to wonder if they're out for revenge after what he did...

It was adapted into the sixth episode of the second season of the TV series, with a novelization based on the episode being released as book 9 of the Goosebumps Presents series.