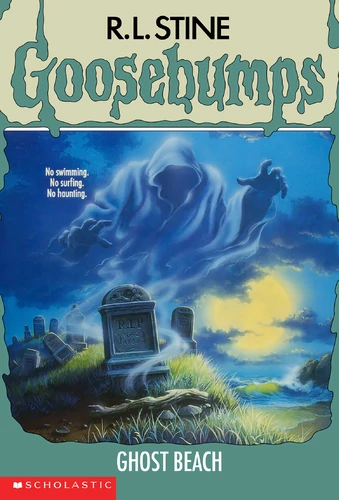 "No haunting"? So unfair!
Advertisement:

The Goosebumps book where ghosts haunt a beach.

Jerry Sadler and his sister Terri are visiting their distant cousins in New England for the summer. However, they soon meet some other kids and hear a story about a ghost that haunts the beach, and lives in the cave nearby. They think it's just a story. They're dead wrong.

It was adapted into the ninth episode of the second season of the TV series, with a novelization based on the episode being released as book 13 of the Goosebumps Presents series.

It was also adapted into an installment of the Goosebumps Graphix series, included in the Scary Summer and Slappy's Tales of Horror collections.

It was later reissued in the Classic Goosebumps line in 2010 as a companion to Heads, You Lose!.

The TV episode provides examples of: