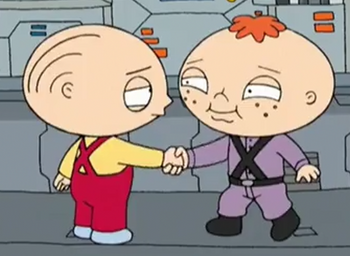 "I guess this is goodbye." "For now." note This is really Harsher in Hindsight now that we think about it...
Advertisement:

Despite being known as a darkly comedic semi-sketch show that pushes the limits of good taste, Family Guy does have the occasional heartwarming moment.