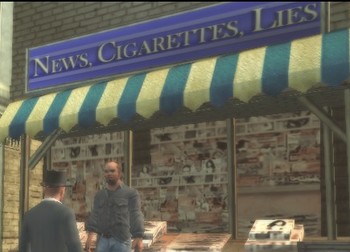 At least Bullworth's newspapers admit that they are full of bull.
Advertisement: