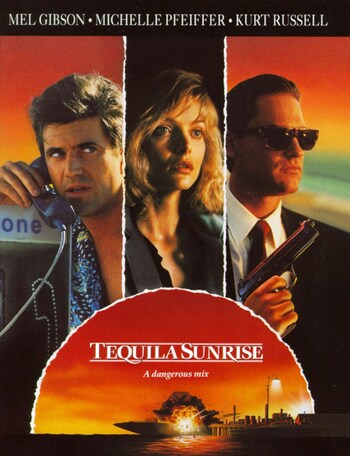 Dale "Mac" McKussic (Gibson) is a retired drug dealer living in Los Angeles, now trying to run an irrigation business. However, no one believes he's really retired, even his best friend Nick Frescia (Russell), a lieutenant in charge of narcotics at the sheriff's department. Nick is being pressured by Hal Maguire (Walsh), a DEA agent, to bust Mac, especially since Carlos, a Mexican drug dealer friend of Mac's, is coming to visit (Escalante (Julia), a Mexican detective, is helping Maguire). As if that wasn't complicated enough, both Mac and Nick end up falling in love with Jo Ann Vallenari (Pfeiffer), who owns an Italian restaurant Mac frequents.