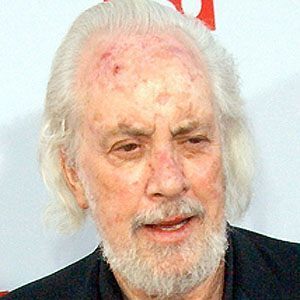 Robert Towne (born November 23, 1934) started out working for Roger Corman, and became friends with Jack Nicholson as well. He became a screenwriter in the 1960s for Corman, and later became known for being a script doctor on such films as Bonnie and Clyde and The Godfather (notably the scene where Vito tells Michael he never wanted Michael to have his life). Towne broke through to regular screenwriting with The Last Detail, and later won an Academy Award for his script for Chinatown. In the 1980s, he became a director as well, making his debut with Personal Best, though after the failure of Ask the Dust, his fourth film as director, in 2006, he hasn't directed a film since. He also became a producer on Mad Men in its final season.

Works by Robert Towne with their own pages include: