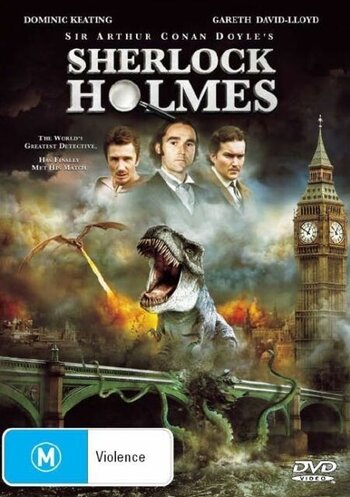 As they're looking into the downing of a treasure ship — supposedly by a massive squid — Sherlock Holmes and Dr. Watson get word that a dinosaur is running amok in London. Investigating, Holmes is soon on the trail of a criminal and scientific mastermind who seems to control monsters and creations that are beyond belief.