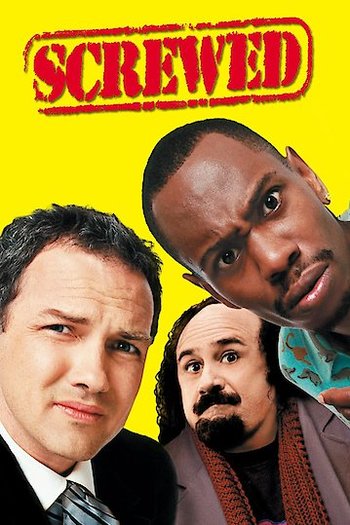 Screwed is a 2000 film about a chauffeur by the name of Willard Filmore (Norm Macdonald) who, fed up with his boss' abusive behavior, concocts a plan with his friend Rusty (Dave Chappelle) to kidnap her precious dog Muffin in order to get a ransom from her. However, something goes horribly wrong on the night of the heist. The dog escapes their custody, but the damage caused during the heist lead authorities to believe that it was Willard who was kidnapped, causing the two would-be dognappers to struggling to find a clean escape from an ever exacerbating situation.