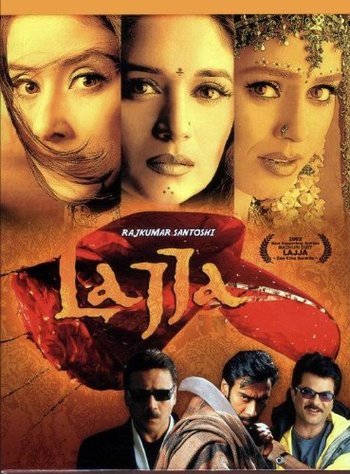 Lajja (Shame) is a 2001 Bollywood film directed by Rakjumar Santoshi. The film depicts several women, and their struggles, as they meet the protagonist, Vaidehi (Manisha Koirala).