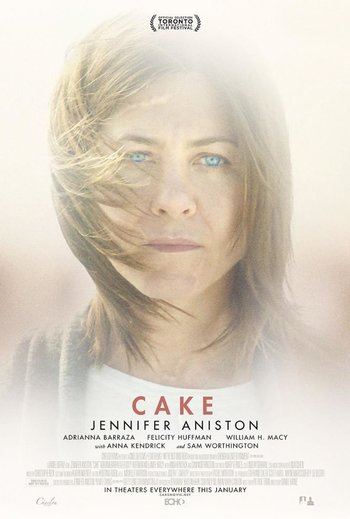 Cake is a 2014 American independent drama film, directed by Daniel Barnz and written by Patrick Toblin.

Jennifer Aniston stars as Claire Bennett, a chronic pain sufferer left partially disabled after a car accident that killed her son. The film opens some time after a woman in her support group, Nina (Anna Kendrick), has committed suicide, and follows Claire's attempts to deal with both that and the grief of her accident, as well as her Odd Friendship with her housekeeper Silvana (Adriana Barraza). Sam Worthington, Felicity Huffman, William H. Macy, Lucy Punch and Britt Robertson also star.

Not to be confused with the TV series, band or webcomic.