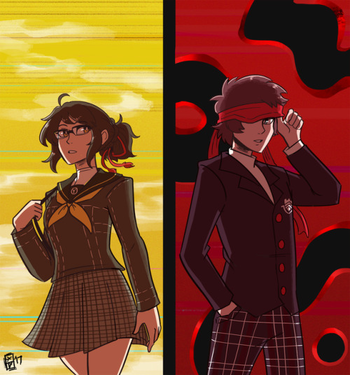 is a retelling of the stories of Taki Tachibana and Mitsuha Miyamizu, now integrated into the plots of Persona 5 and Persona 4 respectively.

Now has an in-progress sequel, Your [Final] Name

, which brings Persona 3, Persona 5 Royal and Persona 5 Strikers into the mix.

The Sequel contains examples of: