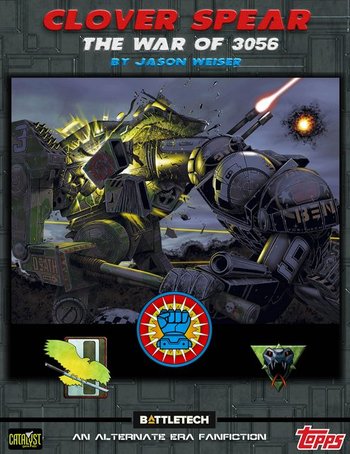 Clover Spear: The War of '56 is a BattleTech AU fanfiction begun by Panzerfaust 150, with Omakes by Yellowhammer and Gladiusone, that asks a simple question: "What if Hanse Davion had survived that heart attack in 3052?" Major changes to the universe and timeline occur when Hanse Davion paints what could be called his masterpiece in the humbling of the Clans. And, it may also change the face of war in the Inner Sphere forever.

Clover Spear: The War of '56 provides examples of: