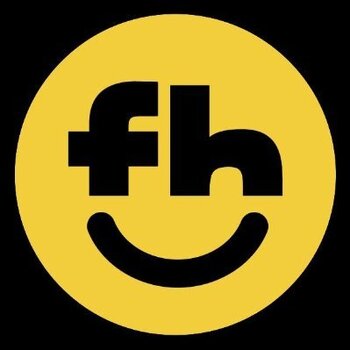 ''We can show that...''
Funhaus (pronounced "Funhouse"), is a division of Rooster Teeth that features members of the former Machinima.com division Inside Gaming. The channel focuses on both gaming news and gameplay, similar to The Know and Let's Play respectively.
Advertisement:

Funhaus is based in the Los Angeles, California offices of Rooster Teeth Productions. The channel officially launched on February 16, 2015. With the disintegration of Machinima in early 2019, Rooster Teeth bought the Inside Gaming label, and the show now runs concurrently with Funhaus, starring the same (and original) cast note  as of 2021, Inside Gaming consists mainly of Brian Gaar after the rest of the cast joined Funhaus. note In essence, Funhaus is for more laid back content like Let's Plays and podcasts, while Inside Gaming is for more constructed content like news segments, features, and reviews. Since both channels are run out of the same building by the exact same people, Inside Gaming content will be listed here for the sake of convenience.

Funhaus is an example of:

In this video from the crew's Inside Gaming days (featuring Mario Kart and drinking games), a mildly-tipsy Adam responds to a surprise attack with enraged incoherence.

In this video from the crew's Inside Gaming days (featuring Mario Kart and drinking games), a mildly-tipsy Adam responds to a surprise attack with enraged incoherence.