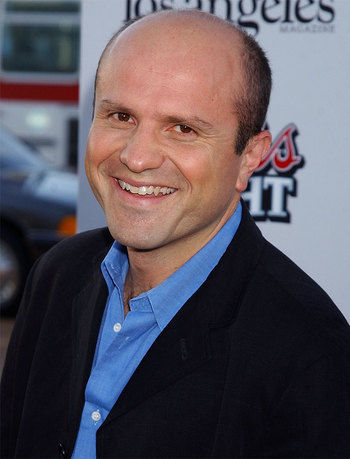 Enrico Colantoni (born February 14, 1963 in Toronto, Ontario) is a Canadian actor and director of Italian descent.

He is most famous for portraying Elliot DiMauro in NBC's 1997 sitcom Just Shoot Me!, Keith Mars on UPN's 2004 teen mystery series Veronica Mars (a role he reprised for the 2014 film adaptation and the 2019 revival on Hulu), and Sergeant Greg Parker on CTV's police drama Flashpoint, but his roles in Canadian and American television are extensive.

Interesting fact: For his role in Flashpoint, he received some training from his older brother, who is an officer on the Toronto police force.

He was married to Nancy Snyder between 1997 and 2004, but is now married to Rosanna Francioni, who he has two children with.