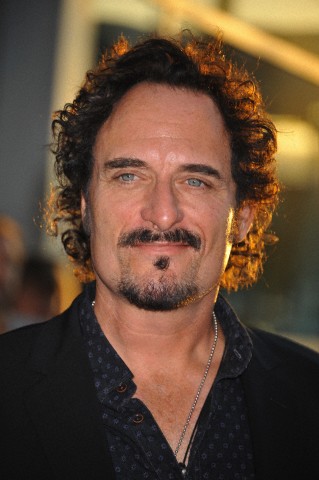 Hey, it's that guy!
"I'm so not scary. I'm a pussycat. But what are you going to do, right? I mean, these cheekbones, and I guess these eyes, and the big nose... this is what my momma and my poppa gave to me, and that's the deal."
Advertisement:

Kim Coates (born February 21, 1958 in Saskatoon, Saskatchewan) is a Canadian actor, best known for his role as Tig Trager in Sons of Anarchy, but familiar from over a hundred movie and TV appearances since the late '80s, most famously as the crazy Drifter in Waterworld, the creepy hitman Paul Gronke in The Client, and recurring antagonist Ron Saris in CSI: Miami.

He specialises in playing villains, and he's so notorious for being killed on screen that he has his own death reel

, but he plays convincingly against type in movies like Black Hawk Down, King Of Sorrow, and the elusive Frame Up Blues. Most recently, he has played the antihero Declan Gardiner in the Canadian mafia series Bad Blood.

Kim is a huge hockey fan and very active on Twitter