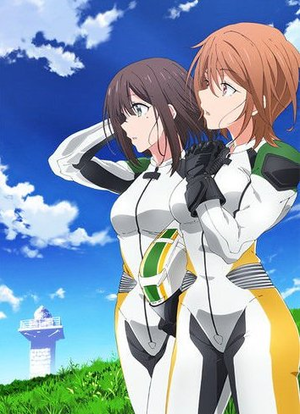 On the Japanese island of Miyakejima, two high school girls prepare for the competitive motorcycle sidecar racing event held there: highly skilled driver Yuri Miyata and her trusty passenger Megumi Meguro. The two have been best friends since childhood with highly matching personalities, which has aided them in achieving the chance of participating in the racing event held on their home island.

Alas, a wrench gets thrown in their relationship when they both fall in love with their coach. How will the two girls fare in the competition where they have to collaborate intensively, while also battling it out for the affections of the same man?

The SILVER LINK.-produced anime started on October 7, 2017 with a simulcast on Crunchyroll. It depicts Yuri and Megumi's struggles with each other and their interactions with the other sidecar teams residing on the island, all consisting of quirky personalities with their own issues.