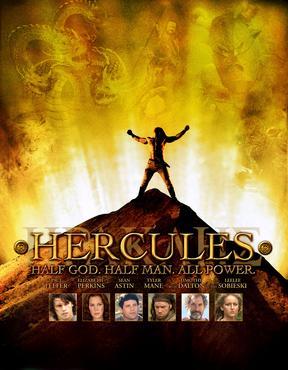 A 2005 American television miniseries directed by Roger Young and produced by Hallmark Entertainment that loosely adapted Hercules' myth. It was aired on NBC as a two-part miniseries, the first one telling his origin story and the later one depicting his mighty deeds, though most networks have released both parts together as a stand-alone movie. In this adaptation, Greece is split into two camps: those who worship Zeus and Hera, who constantly bicker against each other. Hercules (played by Paul Telfer) is a child of both worlds, apparently son of Zeus with Alcmene (played by Elizabeth Perkins), a Hera worshiping princess. Unloved by his mortal family, he must endure a series of trials to find his place in this world and create his own legend.