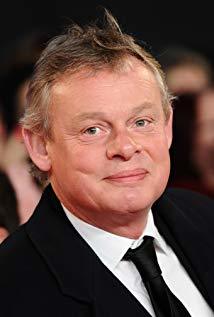 "As first and foremost a character actor, I've always resisted the temptation to cure any of the people I've played or make them lovable in any way; you've just got to celebrate them for what they are."
Advertisement:

Alexander Martin Clunes OBE (born 28 November 1961 in Wimbledon, London) is an English actor. He first became famous for co-starring in the sitcom Men Behaving Badly and is now known around the world as the titular character in the medical Dramedy Doc Martin. He also appeared in the Oscar-winning film Shakespeare in Love and played a supporting role in Saving Grace.