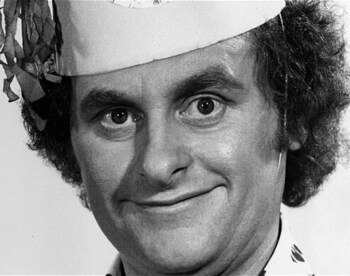 "They thought that I could play this part and my agent said I should do it. I was a good boy and I always do what my agents says."
Advertisement:

He started his career at 14 on stage and soon developed a reputation as a reliable character actor who could play both straight and comedic. In The '60s, he moved onto voice acting, TV and films.

In the late seventies, he began to write books. His first, KG 200, was an international best-seller. He followed this up with The Last Liberator, Barossa, Broken Wings, Ark and The Lions' Cage.

He died after a short illness at the age of 79.