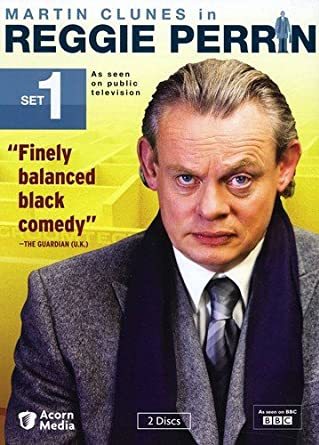 Reggie Perrin is a remake of the classic series The Fall and Rise of Reginald Perrin by David Nobbs, who cowrites this series with Simon Nye, the creator of Men Behaving Badly, and starring Martin Clunes as Reggie.