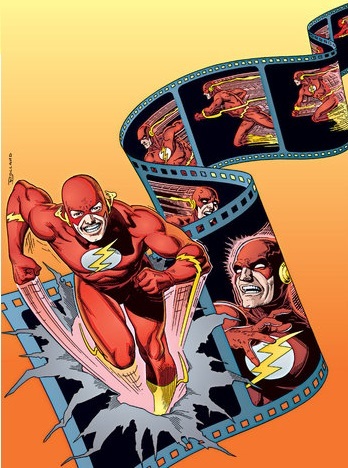 The Return of Barry Allen is a story arc from the second series of The Flash, running from issues #74 to #79, with issue #72 setting it up. Written by Mark Waid, it concerns the return of the Silver Age Flash, Barry Allen...after his protégé, Wally West, had been the new Flash for years. Initially, Barry’s return is the cause for much celebration, but something's just not quite right...

The story is also known as the story where Wally West officially stepped out of his mentor's shadow. It also features the first appearance of the "Flash family" that would become a staple of the franchise, as well as the Modern Age debut of Max Mercury.

In addition to the usual Flash tropes, this story contains examples of: