It's Kamen Rider. Of course it's going to have Awesome Moments by the truckload.

As a moments page, all spoilers are unmarked from this point on. 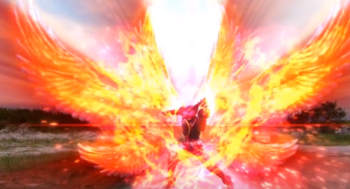