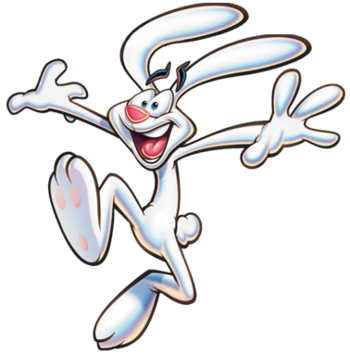 "Silly rabbit, Trix are for kids!"
— The kids in most commercials.
Advertisement:

General Mills' cereal Trix is known for its fruity taste. It is also known for its commercial campaigns, which involve the cereal mascot, the Trix Rabbit, in his myriad schemes to get his hands on the titular Trix cereal from a couple of kids. He almost invariably fails, because "Trix are for kids!" It has become sort of a Running Gag.

One of the most notable of the cereal commercials and one that usually comes to people's minds whenever the topic is being brought up.