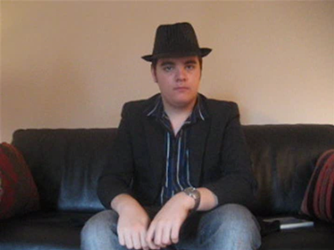 Armed with Exploding Jellybabies!
The ending is the most important part of a form of entertainment because it’s the last thing your audience will see and it will be what determines their initial reaction."
Advertisement:

William 'Will' Carlisle, better known as Mr TARDIS Reviews (also known as Trilbee) is a reviewer on YouTube and Geekvision who takes on Doctor Who, as well as films, other television shows and video games. He started on YouTube in 2010 in response to having differing views on the episodes "The Beast Below" and "Victory of the Daleks" with the mainstream, and is one of the most prominent Doctor Who reviewers on YouTube. He also contributes text posts and videos to Geekvision.

Recently, he has begun to report Doctor Who news and discuss topics such as "Should The Daleks Return For Series 11?".

His Doctor Who-themed work can be found here

Thank you so much for reading and I see you folks next time! Bye.