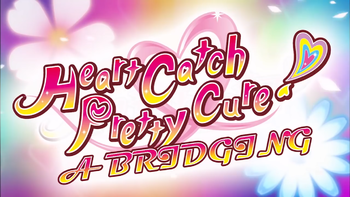 Tsubomi: What is this?!
Chypre: You're a Pretty Cure!
Coffret: A legendary warrior!
Chypre: A defender of Earth!
Coffret: You're going to fight the forces of evil!
Chypre: And sacrifice yourself for humanity by dying a horrible painful death… which is very likely.
[Beat]
[Tsubomi runs away screaming]
Coffret: We're f**ked, aren't we?
Advertisement:

or PSWeasel. It is written and edited by him, with writing consultation and additional voice work by his sister LyralioRC.