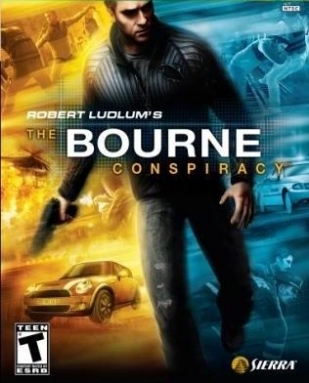 The Bourne Conspiracy is a 2008 video game based off of the first film in The Bourne Series.

It is a third-person cover-based shooter with Fighting Game elements when Bourne gets into melee combat with enemies. The game covers the entire movie and also adds additional content by way of flashbacks Bourne has as a Treadstone agent asssassinating targets around the world.