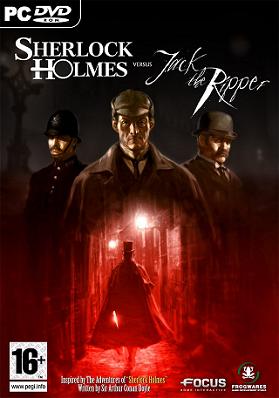 Sherlock Holmes Versus Jack the Ripper is a 2009 game developed by Frogware, which pits the famous detective against Jack the Ripper. The fifth game in the Frogware series, the story takes place in Victorian London and the major focus is on the district of Whitechapel, where the infamous murders took place. This puzzle/adventure game has a surprisingly large amount of historical accuracy, as real evidence is used to help deduce the identity of the killer, and the player, as either Holmes or Watson, can interrogate real suspects from the period.

Not to be mistaken for the Sue Mary fanfic Sherlock Homes vs. Jack the Ripper.