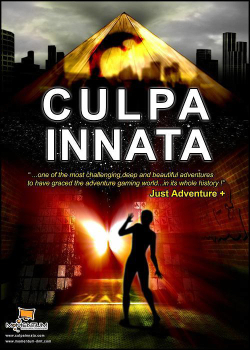 It's the year 2047 and some fifteen years following the Great Economic War. Most of the countries of Western Europe and North America have joined to form the World Union and society is at its most perfect. Sex is entertainment, children are viewed as investments raised in institutions (called Child Development Centres) by teachers, disease and crime have been eliminated and greed is good.

You play Phoenix Wallis, a Peace Officer (read: cop) in Adrianopolis, a city on the border of Russia and the World Union. Captain Dagmar Morrison has assigned Phoenix and another Peace Officer named Julio Rodriguez to investigate the murder Vassyly Bogdanov, a crime that has not occurred for fifteen years. While investigating this Phoenix comes across some rather strange clues involving butterflies that lead to an Elaborate Underground Base where a supposed La Résistance known as the Renovators is run by an Omniscient Council of Vagueness.

The political and economic system of the World Union is based on Objectivism and Brave New World.

Culpa Innata was made by the Turkish company Momentum AS in 2007. It belongs to an Adventure Game genre, but its gameplay-story ratio is turned firmly towards the latter, with comparately few puzzles and a large amount of dialogue and cutscenes. A sequel has been made, and was supposed to be released in 2008, but the financial crisis meant that the publisher didn't pay Momentum AS for the game.