Video Game / Ghost in the Sheet 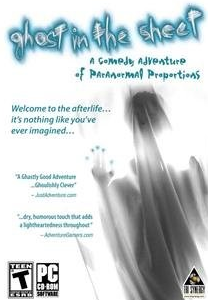 A 2007 Czech first person point-and-click adventure game. An unnamed man is run over by a bus and killed. Instead of getting to pass on, though, he is recruited by an ambiguous "Boss" to investigate a mysterious factory known as Sector Omega. Oh, and he has to do it wearing a sheet, so he doesn't get to walk through walls or anything cool like that. Nothing to do with the seminal Manga Ghost in the Shell