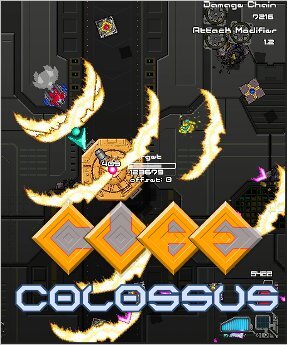 Cube Colossus is an online Flash game by Lucidrine.

Rua Elzee and Cedric Ashcroft, pilots of A.M.U. unit 01, are exploring a enormous cube-shaped building, floating in space, which send out smaller, cube-shaped robots to remove them.

But they're at the Cube to find out what happened to Rua's sister, Millie, and their other comrades.