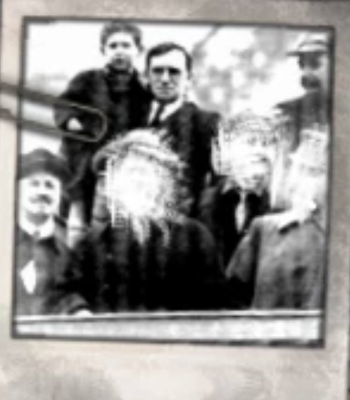 They were at their teacher's funeral, all of them. Before it had all gone so wrong..before he had played his hand in destroying the world....