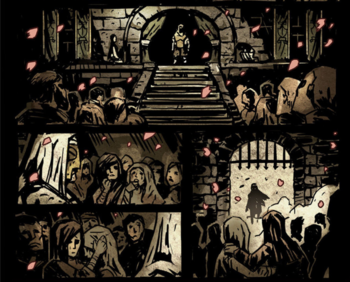 Petals must fall.
I remember days when the sun shone, and laughter could be heard from the tavern.
— The Ancestor
Advertisement:

In a heavy Cosmic Horror Story with Permadeath, a cast full of Woobies, and crossing the Despair Event Horizon being a gameplay mechanic, stress is bound to build up outside the game as well.