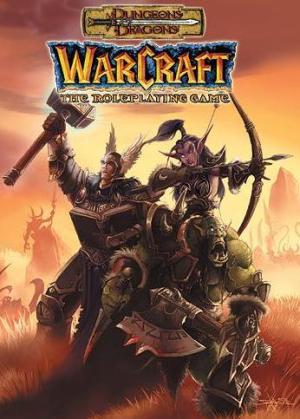 During the interval between the release of The Frozen Throne expansion pack for Warcraft III and the first release of World of Warcraft, Blizzard Entertainment approached White Wolf with a deal; while most famous for their World of Darkness, Exalted and, later, Scion gaming lines, they also had a branchline called "Sword & Sorcery", which worked in D20 gaming lines, such as the 3rd edition revamp of Ravenloft and their own Scarred Lands campaign setting. The result was a tabletop game allowing players to use the familiar rules of Dungeons & Dragons 3.x to play in the world of Blizzard's Warcraft setting.

In addition to the corebook and the natural monster manual (called "Manual of Monsters"), a number of splatbooks were released:

However, eventually, Blizzard Entertainment chose to stop promoting the line, and so it ended after those final seven books, being rendered obsolete by the videogame it was meant to cash in on, with Dark Factions (2008) as its final released sourcebook. Blizzard has also declared in 2011 that the role playing game should not be considered canon anymore.