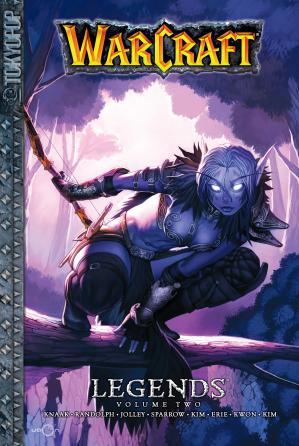 Legends is the name of a Warcraft manga anthology containing five volumes. It features short stories that are written by Richard A. Knaak, Mike Wellman, Dan Jolley, Troy Lewter, and Brian Yang and illustrated by Kim Jae-Hwan, Carlos Olivares, and Nam Kim. The first volume was released on August 12, 2008 and the second volume on November 11 of the same year. Volume 3 was released on March 17, 2009 and the fourth on June 16 of the same year. The 5th volume was released at September 2009.This series contains examples of:
Advertisement: