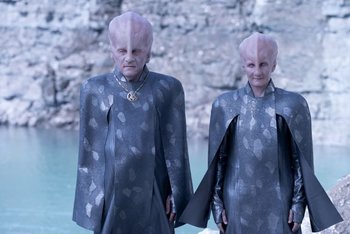 Burnham and Spock receive help from the Talosians in restoring his sanity, while Discovery continues their investigation of the probe from the future.