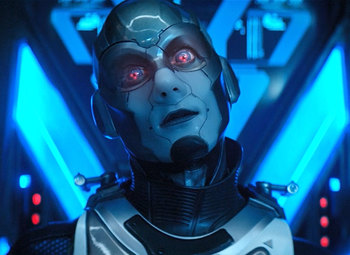 Hey, Airiam, you okay over there? You're looking more murdery than usual.

With Discovery on the run, Admiral Cornwell comes aboard on a secret mission that will take them to the heart of Section 31. Spock continues to grapple with the ramifications of what he saw. But there is still a traitor in their midst, who is waiting to spring their trap.