The Batman vs. Dracula as its own page. 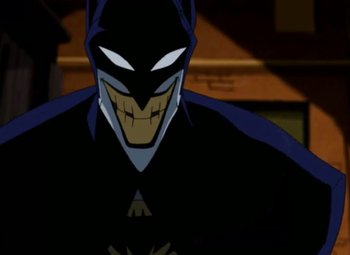 Don't forget to smile!
This incarnation of Batman and his Rogues amps up the creep factor for a variety of Batman's rogues, making them all more deranged at best and a gaggle of Humanoid Monsters at worst. As such there are nightmares aplenty.