Nightmare Fuel / The Batman vs. Dracula 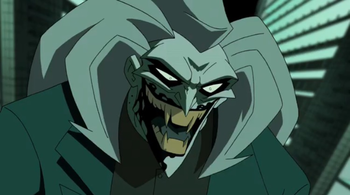 "This time I'm out for blood, Batsy."