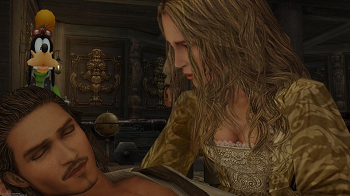 Kingdom Hearts has some unironically funny moments. But there are some... awkward moments that can make players cringe. Most of the fanbase see these as Narm Charm though.