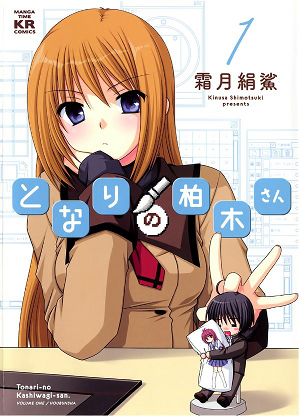 Tonari no Kashiwagi-san is a seinen romantic comedy manga written and illustrated by Kinusa Shimotsuki, which was serialized in Manga Time Kirara Forward from 2009 to 2016. It's about a socially awkward otaku named Yuuto Sakuraba, who finds out that the popular Ice Queen Kotone Kashiwagi is also an otaku, and not at all as cold as everyone thinks she is. From there a stumbling but solid friendship grows.

), covering the first eleven chapters, pretty much frame by frame.