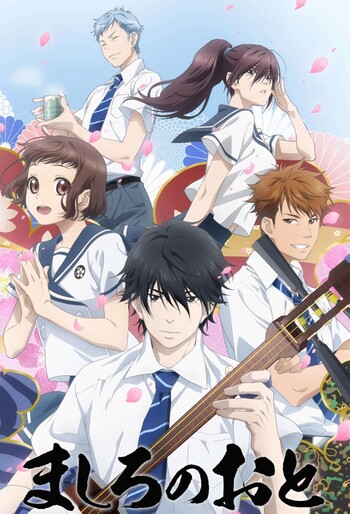 Those Snow White Notes (Mashiro No Oto in the original Japanese, written as ましろのおと) is a manga by Marimo Ragawa, which began serialization in Monthly Shonen Magazine in 2009.

The story follows Setsu Sawamura, a gifted shamisen player, a trait inherited from his grandfather. On his deathbed, Setsu's grandfather asks that he stops playing until he can figure out how to play without just imitating him. Following his death, Setsu packs his things, drops out of high school, and aimlessly moves to Tokyo, where he is found by his estranged mother Umeko, a successful and rich singer, who forces him back into high school to shape him up.

The manga received an animated adaptation in the Spring of 2021.