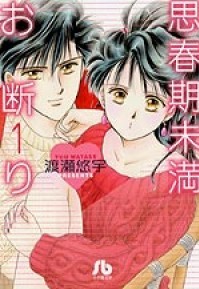 Few before Asuka Higuchi's beloved mother Kazue died, she told her daughter to search for her place in the world and look for her long-lost father. Problem is, she didn't leave almost any leads behind! All Asuka knows is that his surname is "Sudou" and that he's in Tokyo, so Asuka grabs her few belongings and her motorcycle and goes all the way from Hokkaido to the capital, firmly determined to find her dad.

On her journey, Asuka sees a guy around her age being rough to a younger girl, and to stop their fight she hits the boy with her bike. It turns out, however, that the boy is the girl's older brother and was merely trying to bring her back home. So she drives them there.. and they make a rather awkward discovery: they are Manato and Kazusa Sudou, her half-siblings! The story doesn't end there, however: the siblings's mother died long ago, and they've never properly met their dad. He is said to be the chairman of a local school and provides for the two Sudous, but is completely hands off otherwise and therefore Manato has pretty much raised Kazusa on his own.

Not really knowing what else to do, Asuka decides to move in as their "Neesan" and stay around at least until the mysterious Mr. Sudou shows up. Things get pretty tricky, however, since Kazusa really cannot accept Asuka's presence, Manato isn't really convinced either at first, Asuka must get used to this new life... and for worse, Manato and Asuka start feeling attracted to each other!

The sequel Zoku Shinshunki Miman Okotowari has the following tropes: