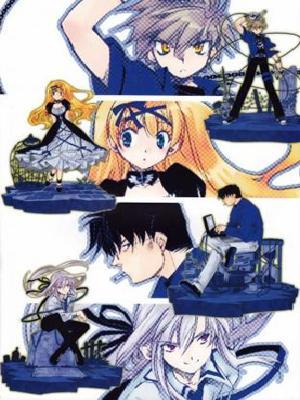 Shinyaku Ookami ga Kuru!, translated as "New Testament Wolf is Coming", is a manga by Nanto Hanamaru revolving around the life of four characters:

The story starts with Sirius and Boss being dispatched by KIRCHE to investigate a strange phenomenon ocurring in Northern Bayern, Germany. He rescues Beatrice, who was being attacked by ghouls in an old manor; as they attempt to leave, the appearence of the 13th Vampire, considered just a rumor in the monster world, stops them from leaving.