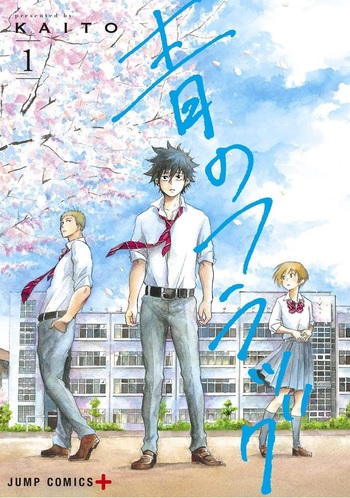 Ao no Flag (青のフラッグ, literally translated as "Blue Flag") is a romance manga by Kaito.

The story follows the third year student Taichi Ichinose, who ends up roped by a classmate, Futaba Kuze to help her out in her attempt to start dating his childhood friend Touma Mita, who is one of the most popular guys in the school. There are two problems though. One: Taichi starts to fall for Futaba even as he attempts to help her get with Touma. Two: Touma already loves someone, and it might not be who either Taichi or Futaba think. A story of good times and bad times ensues.

. VIZ Media announced their plans to release the manga in the spring of 2020.