Sworn in by Oath 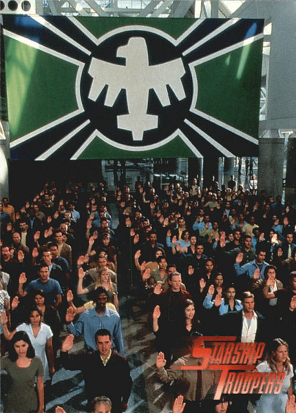 A character is joining an organization—maybe The Order, or the Adventure Guild, or even the Thieves' Guild. But how do they join? By swearing a vow. The swearing of a vow emphasizes or, alternatively, mocks the solemnity and importance of the event.

Bonus points if the vow is magically binding, but it doesn't have to be. Honor-bound individuals might take this oath seriously, while a less honest person might not do so and end up known as The Oath-Breaker.

For example, we could note this oath might move a protagonist to act in one way, such as keeping to fight even in a Hopeless War. It could also made them object to an action, such as not overthrowing Hitler because they pledged fidelity to him, unlike the military of Fascist Italy who pledged themselves to the King instead of Mussolini.

This trope is itself morally neutral, but can skirt towards one side or the other on the moral spectrum depending on the case. Namely, if the oath involves being sworn into a blatantly evil organization, such as the Nebulous Evil Organization, Evil, Inc., or the military or State Sec of The Evil Empire, it overlaps with Villainous Vow. Conversely, examples involving heroic groups such as The Federation, The Alliance, La Résistance, and similar organizations overlap with Heroic Vow. Regardless of an oath's moral alignment, there may or may not be overlap with Badass Creed.