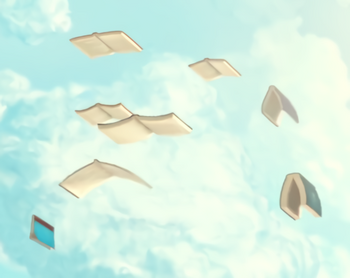 Whether by magic or by haunting, books are many times portrayed as being able to fly. This is usually done by the book flapping its pages like the wings of a bird. If in a video game, may be used as a minor mook.