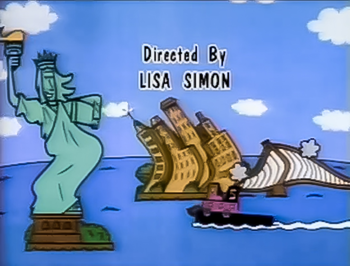 Buildings. Bridges. Tugboats. The Statue of Liberty. Everything!
When inanimate objects dance about, often to the beat or rhythm of the music.
Advertisement:

How much stuff dances can vary. Sometimes only small objects, such as furniture, bushes, trees, or street lights dance. But then there are other times when larger objects such as buildings dance. And then there are rare examples where everything, including the very ground itself, moves and dances, often up and down.