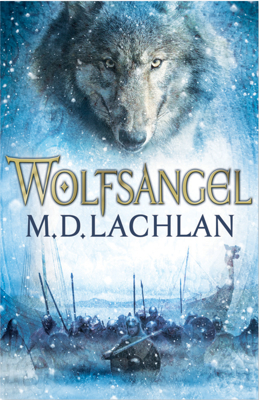 The gods in their schemes...
Only Loki was not a fighter. Only Loki stood at the sides and laughed, a laughter more deadly to the self-important gods than any sword or spear. No wonder they had chained him.
— Wolfsangel
Advertisement:

The Wolfsangel Cycle is a series of Historical Fantasy werewolf novels written by M. D. Lachlan (one of many pen names for Mark Barrowcliffe). The books demonstrate a notable tonal shift from the author's previous works, existing at an intersection of history, mythology, and dark magic.

The story begins in the Viking Age with the kidnapping of two twin boys by a Viking King called Authun. A prophesy has told him one of the boys will lead his people to glory should he raise him as his heir.

The installments span centuries as the immortal tale of the death of the gods plays out on middle earth, again and again until Ragnarok. Through the ages, the gods manifest here as humans, their true nature hidden from even themselves, to unknowingly act out their violent ultimate fates as an eternal sacrifice so that the gods may live on in their own realm.