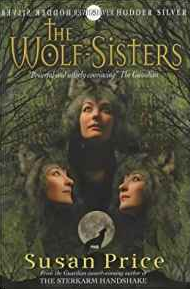 The novel, set in Anglo-Saxon Britain, follows the story of Kenelm Atheling, one of the "youngest and least important" nephews of King Adhelm Guthlac. As such, he is a direct descendant of Woden, King of the Gods. He wants nothing more than to become a warrior. But fate, and Guthlac's orders, have made this impossible; rather than being trained to fight, he is gifted to a monastery as a child to be his uncle's representative among the Christian community.

As a young man, Kenelm's prayers to return to the court are seemingly answered. Guthlac's men have fallen prey to the Sickness, and foreigners are coming to attack the kingdom. Kenelm's mission, as the only man of royal blood still able to do so, is to go into the forest and seek help from three mysterious Wood People - the Wolf-Sisters.

Kenelm's loyalties are soon torn - if he does not return to the monastery he will have failed his duty to his uncle and dishonoured himself. And yet, having seen the intoxicating freedom of the Wolf-Sisters, he cannot bear to go back.

Tropes included in The Wolf-Sisters are: