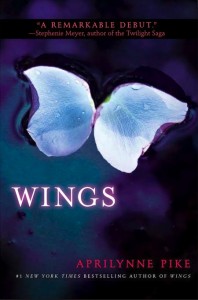 The first three books are titled Wings, Spells and Illusions; the fourth one, Destined, was released in 2012.